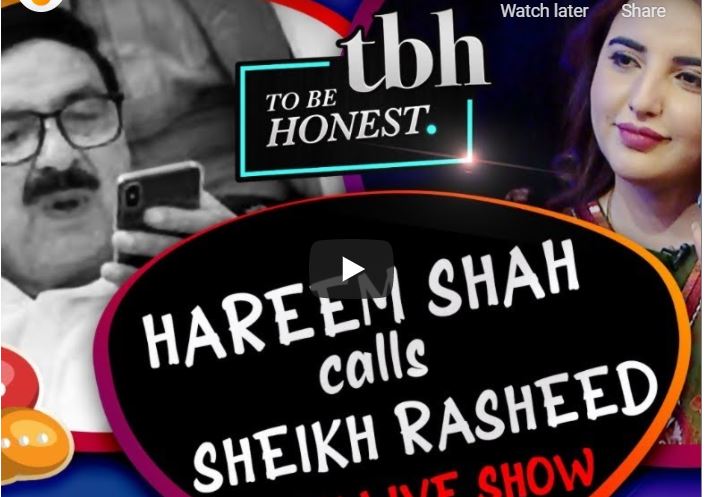 A brief excerpt from an interesting conversation with Hareem Shah is shown in the teaser where Hareem Shah calls Interior Minister Sheikh Rashid during the show. Tik Tak Star had called Sheikh Rashid at the request of host Tabish Hashmi.

Hareem Shah, Tabish Hashmi, and the audience in the show all laugh at Sheikh Rashid’s sweeping. Hareem Shah adds in the show that I know a lot of things that you may not know.