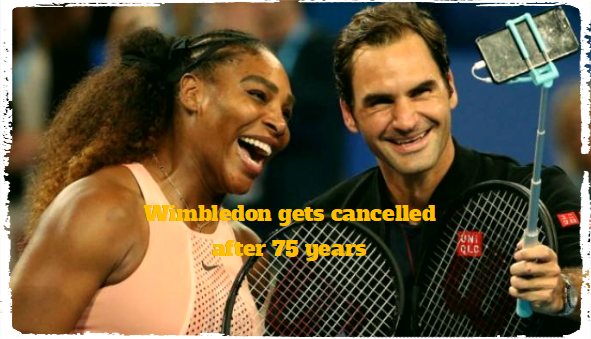 All major sporting events facing the brunt due to the outbreak of coronavirus pandemic, it was a matter of time before the fate of 2020 Wimbledon was to be written but no one was expecting that the prestigious grass-court tournament will be entirely scrapped for the year.

AELTC decided that the players will be able to dawn their whites at the Slam only from 28 June to 11 July 2021.

For the record it will be first instance when Wimbledon has to be cancelled after the second World War.

The 2020 Wimbledon held special importance for veterans of the games like Roger Federer and Serena Williams, who are in the twilight of their glorious career.

The 38-year-old Switzerland’s world number 4 Roger Federer was ‘devastated’ by the decision.