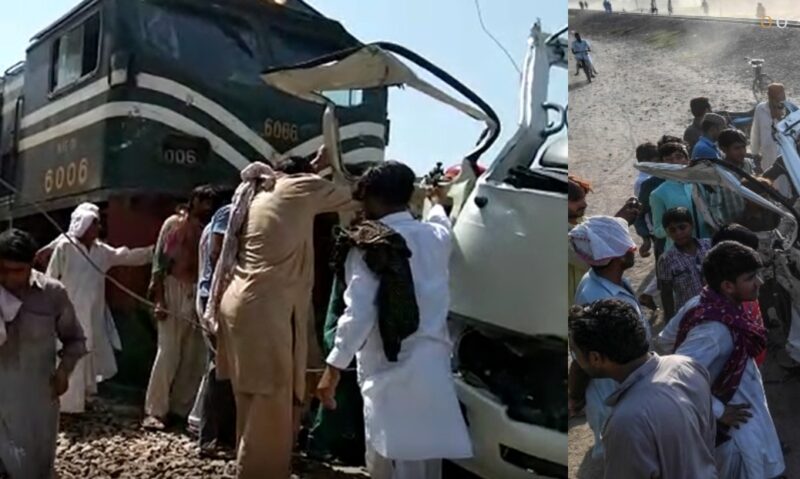 30 people were travelling on the coaster from Nankana Sahib to Peshawar, out of whom 13 males and seven females died in the accident. The deceased included 19 Sikh pilgrims and the driver of the vehicle, he added.

Ten people received minor injuries who were shifted to District Headquarters Hospital, Sheikhupura. The bodies are being shifted to Mayo Hospital Lahore, according to Mashwani.

The accident occurred around 1:30pm as the Lahore-bound train, travelling from Karachi, crashed into a coaster at an unmanned level crossing between Farooqabad and Bahalekay, a press release issued by the Pakistan Railways (PR) said.

“The crossing was unmanned and the driver of the van took a hasty decision by driving onto the tracks,” PR spokeswoman Quratul Ain told AFP, adding that the passengers were all Sikh pilgrims.

Rescue officials from both Railways and Rescue 1122 arrived at the scene and provided first aid to the injured. All divisional officials were also directed to reach the site of the crash, which led to the railway track being blocked for an hour and 15 minutes.